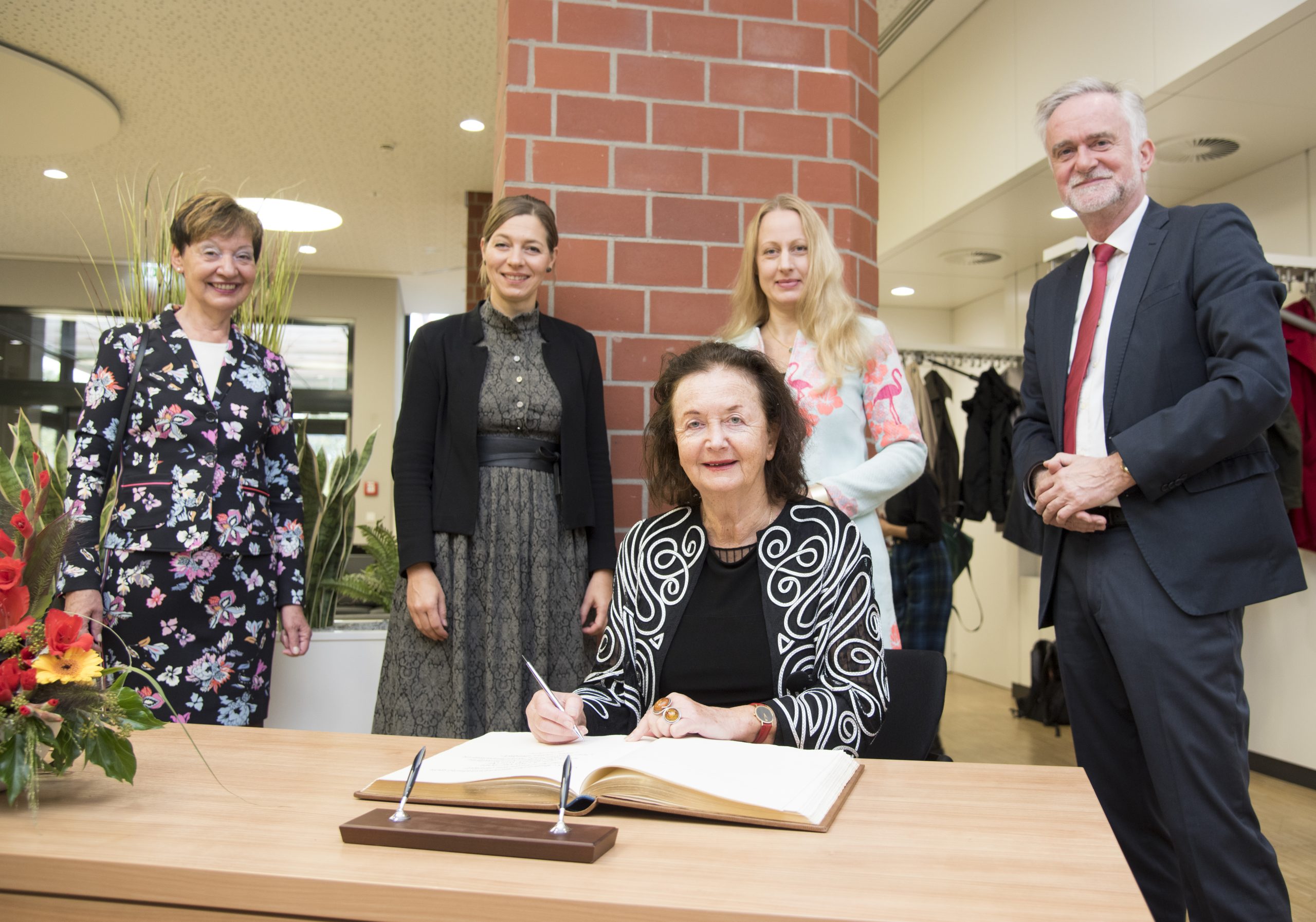 With the award-winning writer Irena Brežná, the focus of this year’s keynote speech at the Peace Talks was on Slovak-German relations. The speech was an interweaving of the personal and the political, with biographical information embedded in the respective contemporary context. Among others, the following appeared in it: A grandmother, a Federal President, a partisan uncle, an emigrated GDR lyricist, a father-in-law and war veteran as well as a family in Wuppertal. The journey through time ranged from the expulsion of the Germans to the culture of welcome. The view of the Nemci (the mutes, as they are called by the Slavs) from the east, behind the Danube, from fascist, then real-socialist and finally democratic Slovakia, and from the south, behind the Rhine and Black Forest from EU-resistant Switzerland. Irena Brežná is an observer who perceives, experiences, formulates socio-political thoughts and sometimes allows herself to be overwhelmed by feelings. Critically, with light humour and sympathy, she describes Germany and its people in the acquired German language, which not only serves her as a tool, she finds her own voice in it.

Irena Brežná, born in Bratislava in 1950, emigrated to Switzerland in 1968 after the occupation of Czechoslovakia. She studied Slavic studies, philosophy and psychology at the University of Basel. As a writer, journalist and human rights activist, she is a courageous chronicler of a human rights-oriented Europe. Her reportages and books have received several awards, including the Theodor Wolff Prize in 2002 and the Swiss Literature Prize in 2012 for her novel “Die undankbare Fremde” (Galiani 2012). Recently, she was honoured with the Basel Culture Prize for her literary and journalistic work as well as for her commitment to human rights. In 2021, Irena Brežná also received the Hermann Kesten Prize of the German PEN Centre for her tireless commitment to justice and freedom.